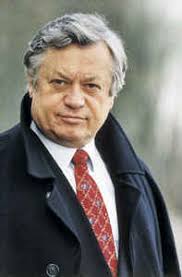 Matthus attended secondary school in Rheinsberg, followed by studies at the Hochschule für Musik "Hanns Eisler" in Berlin. After graduating, he continued his studies in composition with Rudolf Wagner-Régeny and Hanns Eisler, and was shortly thereafter made the youngest composer in residence in the history of the Komische Oper Berlin by Walter Felsenstein.

Matthus has written more than a dozen stage works. The opera Die Weise von Liebe und Tod des Cornets Christoph Rilke (Cornet Christoph Rilke's song of love and death ) after Rainer Maria Rilke was completed in 1983, first performed in Dresden in 1985. The opera Graf Mirabeau (1987–88) is set during the French Revolution. It was commissioned for the 200th anniversary of Bastille Day and enjoyed simultaneous productions in both East and West Germany as well as Czechoslovakia, the Soviet Union and France. In 2003 he composed music for both a ballet and an opera adaptation of Michael Ende's The Neverending Story.

Matthus has also been a prolific composer of works for orchestra as well as chamber and recital compositions. He has enjoyed a close working relationship with conductor Kurt Masur who has presented many world premieres of his music, including what Matthus has called "the commission of my life," a Te Deum for the reconsecration of the Dresden Frauenkirche. His works are featured on more than twenty recordings by several of Germany's leading symphony orchestras and chamber music ensembles.

On January 25, 2009, Leon Botstein and the American Symphony Orchestra presented the New York premiere performance of Matthus's Responso, a four-movement symphony written in 1977.