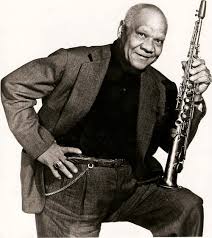 Bechet was born to a middle-class Creole of color family. His older brother, Leonard Victor Bechet, was a full-time dentist and a part-time trombonist and bandleader. Sidney Bechet learned to play several musical instruments kept around the house, mostly by teaching himself; he decided to specialize in clarinet. At the age of six, he started playing with his brother's band at a family birthday party, debuting his talents to acclaim. Later in his youth, Bechet studied with Lorenzo Tio, "Big Eye" Louis Nelson Delisle, and George Baquet.

Bechet played in many New Orleans ensembles using the improvisational techniques of the time. He performed in parades with Freddie Keppard's brass band, the Olympia Orchestra, and in John Robichaux's dance orchestra. In 1911–12, he performed with Bunk Johnson in the Eagle Band of New Orleans and in 1913–14 with King Oliver in the Olympia Band.

Bechet spent his childhood and adolescence in New Orleans, but from 1914 to 1917 he was touring and traveling, going as far north as Chicago and frequently performing with Freddie Keppard. In the spring of 1919, Bechet traveled to New York City where he joined Will Marion Cook's Syncopated Orchestra. Soon after, the orchestra traveled to Europe; almost immediately upon arrival, they performed at the Royal Philharmonic Hall in London. The group was warmly received, and Bechet was especially popular.

While in London, Bechet discovered the straight soprano saxophone and developed a style unlike his clarinet tone. His saxophone sound could be described as emotional, reckless, and large. He often used a broad vibrato, similar to what was common among some New Orleans clarinetists at the time.

On July 30, 1923, he began recording, beating trumpeter Louis Armstrong to the recording studio by several months.; it is some of his earliest surviving studio work.

On September 15, 1925, Bechet and other members of the Revue Nègre, including Josephine Baker, sailed to Europe, arriving at Cherbourg, France, on September 22. Bechet toured Europe with various bands, reaching as far as Russia in mid-1926. In 1928, he led his own small band at the Bricktop's Club in Montmartre, Paris.

Bechet successfully composed in jazz, pop, and extended concert forms. He knew how to read music but chose not to, because of his highly developed inner ear; he developed his own fingering system and never played section parts in a big. His primary instruments were the clarinet and the soprano sax. His playing style is intense and passionate, and had a wide vibrato. He was also known to be proficient at playing several instruments and a master of improvisation (both individual and collective). Bechet liked to have his sound dominate in a performance, and trumpeters found it difficult to play alongside him.

Over time Bechet had increasing difficulty finding music gigs. He eventually started a tailor shop with Ladnier. During this time, they were visited by various musicians and played in the back of the shop. In the 1940s, Bechet played in several bands, but his financial situation did not improve until the end of that decade.

By the end of the 1940s, Bechet had tired of struggling to make music in the United States. His contract with Jazz Limited, a Chicago-based record label, was limiting the events at which he could perform (for instance, the label would not permit him to perform at the 1948 Festival of Europe in Nice). He believed that the jazz scene in the United States had little left to offer him and was getting stale. In 1950 he moved to France, after his performance as a soloist at the Paris Jazz Fair caused a surge in his popularity in that country, where he easily found well-paid work. In 1951, he married Elisabeth Ziegler in Antibes.

In 1953, he signed a recording contract with Disques Vogue that lasted for the rest of his life.

Shortly before his death, Bechet dictated his autobiography, Treat It Gentle, to the record producer and radio host Al Rose. He had worked with Rose several times in concert promotions and had a fractious relationship with him. Bechet's view of himself in his autobiography was starkly different from the one Rose knew. "The kindly old gentleman in his book was filled with charity and compassion. The one I knew was self-centered, cold, and capable of the most atrocious cruelty, especially toward women."