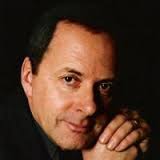 This extended fanfare was written for the Royal Air Force Bomber Command Commemorations in 2002. The prototype Avro Lancaster bomber was launched into the skies in 1941 and proved to be a significant factor in winning the Second World War. Its slender silvery outline led it to be known as the “Shining Sword”.

This musical tribute has featured extensively in Bomber Command commemorations especially at the opening of their Memorial, in London’s Green Park, a fitting tribute to the 55,573 crew members who lost their lives during WW2.