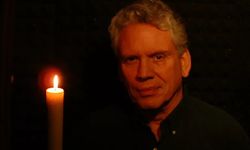 Sherman Kelly (b. 1943, Washington D.C.) is an American composer, performer, and social worker.

Mr. Kelly grew up outside of Boston where his father was a professor of city planning. The Kelly household was constantly filled with music. Everyone played the piano and some played other instruments. They were fortunate to be influenced by a rich and eclectic combination of music, including jazz, calypso, blues, Afro-Cuban, South American, South African, and of course, a wide range of classical music.

Mr. Kelly's mother wanted him to study classical piano at the age of six. He preferred other endeavors and stopped playing after a couple of years. At age 15, an older friend taught him some blues and boogie woogie and he began to play music by ear.

During high school and later at Cornell University, he started playing keyboards in rock & roll bands. His first band was the Oz & Ends. Mr. Kelly graduated Cornell in 1967 with a BA in psychology and English. He also studied at Alliance Francaise in Paris, and at the University of Lausanne in Switzerland. He also attended the New School For Social Research in New York City.

On a trip to St. Croix in 1969, he was the victim of a vicious St. Croix gang. At that time, he suffered multiple facial fractures and wounds and was left for dead. While he was recovering, he wrote Dancin' in the Moonlight in which he envisioned an alternate reality, the dream of a peaceful and joyful celebration of life. The song became a huge hit and was recorded by many musicians worldwide. Dancin' in the Moonlight continues to be popular to this day.

In 1971, Mr. Kelly ran a night club called The Grass Shack in St. Thomas Virgin Islands. After that, he joined a band named Boffolono. His original version of Dancin' in the Moonlight was on the 1970 Boffolongo album Beyond Your Head.

Kelly moved to Cambridge, Massachusetts where he wrote scripts and scored films in 1972, after which he spent some time as a member of the band King Harvest.

After having toured with King Harvest, Mr. Kelly settled down in the Ithaca, New York, area in 1974 and continued to write songs, frequently collaborating with his brother, Wells. Mr. Kelly also co-wrote several songs for Orleans. After his brother's tragic death in 1984, Mr. Kelly found it too painful to work on music and pursued other interests. He received a master's degree in social work and psychotherapy from Syracuse University. For many years, he has been employed as a social worker/psychotherapist.

In recent years, Mr. Kelly's interest in songwriting has been rekindled. On his CD Burnin The Candle, he decided to complete some of the unfinished works that him and Wells had written together.