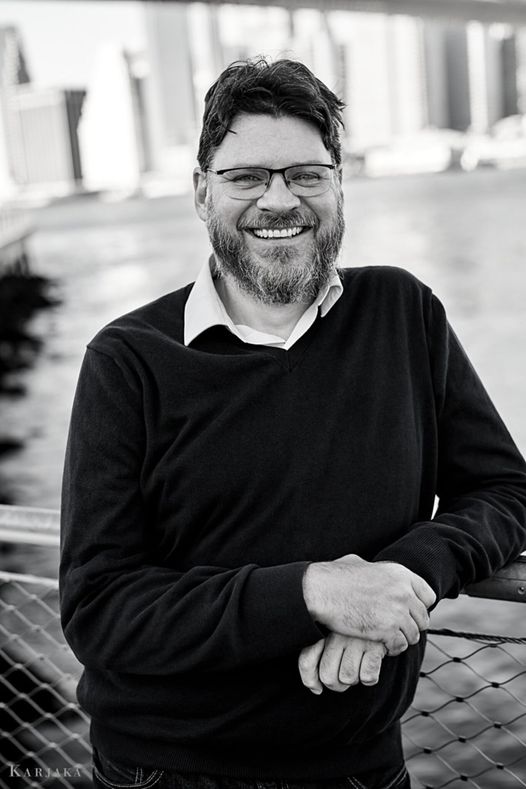 A commission in memory of Scott G. Smedinghoff A’14 (1987-2016) for the Dartmouth College Wind Ensemble by the Hopkins Center for the Arts

Upon David [Maslanka]’s passing, I was tasked with developing an alternate plan for this first commission in Scott [Smedinghoff]’s honor. Selecting a composer for this work was about more than finding a gifted musical talent. It required an individual with a deeply spiritual approach to composition, who would both understand and respect the weight of the task that was presented. During a visit with David at his home in Missoula, Montana, in the summer of 2016, I was introduced to the outstandingly talented composer Kevin Krumenauer, who had himself studied with David over a period of more than twenty years. Through the time that we spent together in Montana, and in our continued correspondence since that time, it became clear that Kevin was exactly the right fit for this challenging commission.

In this magnificent work, Kevin has beautifully captured the intended spirit of this commission, creating a gorgeous theme and variations built upon J.S. Bach’s (a favorite composer of Scott) Jesu Meine Freude chorale, inclusive of a significant role and feature for the piano, within the context of a work for wind ensemble. We are excited to have this opportunity to share with you this magnificent new work -- a musical journey through tragedy, pain and healing -- in its world premiere.

I met David Maslanka in 1997, but I had played his music earlier at an all-state honor band led by Gary Green. I was immediately impressed and drawn to his music. To me, he was someone who knew how to write for wind band. It was music that had a depth and a power that I had not experienced before. I made the decision as a senior in high school to write to him, but I didn’t. It would be a few years before his music would enter my life again. I re-encountered David at Georgia State University where he was brought in once a year or so by Thom Wubbenhorst, the director of bands during my time at State. After a few meetings and individual composition lessons I made the decision that I wanted to study with him. So I approached Dr. Wubbenhorst and asked for David’s contact info. That began a twenty-year relationship that started off as an informal mentorship and grew into a close friendship. David never gave up on me, even during the times I had given up on myself. He was always there, gently pushing, bringing me back again to my music. He was a man of humor, great intellect, deep passion and, of course, enormous patience. His passing has left a space that will not soon be filled.

When I was asked by Matthew Marsit to step in and fulfill a commission that was left open by David’s passing, I was honored, and humbled, and quite honestly scared. I am not David, nor can I try to be. One lesson David taught me was to be, unequivocally, yourself and that your voice is the most important thing you possess. In his music, David often had a fondness for two things, the chorale melodies harmonized by J.S. Bach and the theme and variation process. It seemed fitting to use them here to memorialize not only David but. more importantly, the person to whom the work is dedicated, Scott Smedinghoff.

The title refers to the seeming duality of existence. There is light, there is darkness, but there is also light beyond the veil. Shadowlight refers to this idea, that though the person may be gone from our everyday, immediate access, they are not gone completely. There is still light beyond the veil that separates the living from the dead and that, though we mourn the passing, we celebrate the life and the joy of the person. So this piece has become in a sense a double memorial, to the lives of those we lose too soon and to the memory of all that they have left behind in this world; that we can still see and grasp and know the daily evidence that they were here and that we are the better for it.