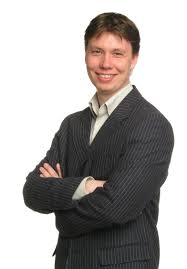 Within the wind band community, the name of Norwegian composer and pianist Ola Gjeilo might not be immediately familiar. He is, however, an emergent star in the realm of choral compositions, with a host of works and several studio albums of his works including a critically acclaimed 2013 release by the Phoenix Chorale entitled Northern Lights. His wind band works have a choral connection as well; his Meridian has an optional featured part for mixed chorus, and The Spheres is an arrangement of the opening “Kyrie” movement of his Sunrise Mass.

Serenity also owes its origins to a choral work of the same name. Originally cast for mixed chorus and solo string instrument (either violin or cello), the piece sets the text of the responsorial chant “O magnum mysterium” from the Christmas Matins liturgy. The text is one that celebrates new life with hopefulness, and composers who have set these words famously (from Renaissance masters William Byrd and Tomás Luis de Victoria to living composers like Morten Lauridsen) have often filled their musical presentations with resplendent optimism.


O great mystery
and wonderful sacrament
that animals should see
the newborn Lord
lying in a manger.
Blessed is the virgin, whose womb
was worthy to carry
Christ the Lord. Alleluia!

This version for wind band, arranged by Dr. Eric Wilson (Baylor University Director of Bands) and the composer, maintains all the wonder of the original despite the absence of text. The opening is ethereal and somber, with sustained chords in clarinets, trombones, and bowed percussion supporting a delicate oboe solo (taking on the role of the obbligato string part from the original). The harmonic motion of this first section is thoroughly patient, with a careful placidity. The middle portion of the piece shifts the principal modality from minor to major, and, while the supporting harmonies move no more quickly than before, the layering orchestration and rising tessitura give birth to a tremendous rush of energy that reaches a moment of triumphant catharsis before receding. The closing section of the piece returns to the timbre of the opening, but now painted with hopefulness and healing, having been granted a sensation of peace.

With Serenity, I wanted to write a cappella music that has a symphonic, abundant feel. This is the case with quite a few of my more recent choral works, such as Dark Night of the Soul, Agnus Dei: Phoenix, and The Spheres. I love and often long for a big, lush sound that can give a sense of space and evocativeness, but still be intimate, somehow.