Scraps from a Madman's Diary 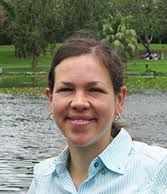 Subtitle: Securlar Oratorio -- Drama for Wind Symphony and Mixed Choir. Musical Depiction of the Mutation of a Once-Healthy Mind.

Scraps from a Madman's Diary is a secular oratorio for wind symphony and mixed choir, commissioned by the Queensland Conservatorium Wind Orchestra, with support from Sydney Conservatorium and the University of Georgia.

One evening in 2006, Catherine Likhuta read Ukrainian author Nikolai Gogol’s short story Diary of a Madman. Born and raised in Ukraine, the composer was well familiar with Gogol’s most popular works, but less so with this one.

“I didn’t expect much of it,” she says. “Ten pages later, I was in a state of shock, amazed by how Gogol was able to pack such an intense drama into such a short story. That same night, I decided that one day I would write an oratorio based on this work.”

In 2015, after nine years of keeping this idea in a special corner of my heart and mind, I commenced work on Scraps from a Madman’s Diary.

Since it had been nearly a decade from when I first read Gogol’s story, I hardly remembered any details from it. I did, however, remember all the emotions that Gogol evoked in me, as if it happened yesterday. I decided not to re-read the original story while writing the oratorio, as I was afraid that I might find it underwhelming the second time around. Instead, I decided to come up with my own plot and use Gogol’s work as the source of inspiration and point of reference. One of the things I remembered about Diary of a Madman was the format of a personal diary used throughout the story, each chapter representing a diary entry. I decided to use a similar format for the main part of the oratorio: It consists of 13 scenes, and the first eight represent diary entries.

Gogol spent several pages in his story having his Madman investigate imaginary correspondence between two dogs. He was quite elaborate with the description of the dogs and their letters, which seemed funny and silly at first. Shortly after, however, that same idea didn’t seem entertaining at all anymore –- quite the opposite. It accentuated the darkness and the tragedy of the new reality into which his Madman was falling. I decided to incorporate the dogs in my oratorio as well, though briefly. They become one of the attributes of my Madman’s imaginary world.

The Madman lives in two worlds in the first eight scenes: the reality, shared with others (Scenes 1, 2, 4, and 6) and his own imagination (Scenes 3, 5, and 7). In Scene 8, the two worlds approach each other with catastrophic speed and eventually collide. This results in the Madman’s realization of his mental illness culminating in a nervous breakdown. The remaining five scenes have no date entries and are dedicated to the depiction of his new brutal reality and the escalating conflict between himself and the voices in his head.

One of the messages I see in Gogol’s work is that society’s view of mental illness is often limited to the sick person’s odd behavior, failing to see beyond the funny and the silly, and therefore failing to comprehend the immense tragedies of the affected individuals. I hope that my piece conveys this message as well. When creating the libretto, as well as the music for Scraps from a Madman’s Diary, my goal was to take the audience on a journey into the secret world (a very dark, scary, and lonely world) of a person suffering from mental illness. Gogol was able to achieve this by looking inward, as he himself suffered from a severe psychiatric disorder for a substantial part of his adulthood.

Although mental illness has not touched my family or friends, my mother (who is very close and dear to me) has been suffering from a serious neurological disease for the past thirteen years. Her spinal cord has shrunk by nearly fifty percent, and the nerve connectivity in her brain is at constant decline. While mentally she is completely healthy, I feel as though the change of her body parallels the mutation of the once-healthy mind depicted in the piece.