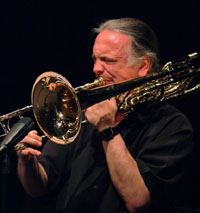 Scarborough Fair is a traditional English ballad about the Yorkshire town of Scarborough. The song relates the tale of a young man who instructs the listener to tell his former love to perform for him a series of impossible tasks, such as making him a shirt without a seam and then washing it in a dry well, adding that if she completes these tasks he will take her back. Often the song is sung as a duet, with the woman then giving her lover a series of equally impossible tasks, promising to give him his seamless shirt once he has finished.