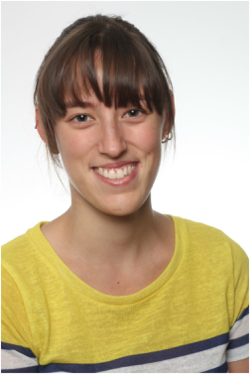 Sara Galiana is a Spanish composer.

Ms. Galiana began studying music at an early age (4 years). Later she trained at various music schools before entering the Junior Conservatoire in Valencia, where she completed her intermediate studies specialising in piano and composition. She graduated in composition from the Joaquín Rodrigo Advanced Conservatoire in Valencia, where her teachers included Francisco Tamarit, José Aparisi, Roberto Forés, Emilio Rernard, Claudia Montero and Andrés ValeroCastells.

She has taken part in a number of national and international composition competitions for concert band and symphony orchestra, winning various prizes and distinctions.

Sara has scored the soundtracks of short films such as Nevermore, based on the novel The Raven by Edgar Allan Poe. She was part of a rendition of the musical Grease as arranger and performer with the Musical Society of Alboraya. Sara has even arranged music accompaniment for Riona Moore, a pop-alternative singer, whose songs have been performed on Irish, British and American radio stations.

Ms. Galiana is currently [2019] obtaining a film scoring certificate at UCLA, and looks forward to collaboration with other talented filmmakers in Los Angeles Industry.