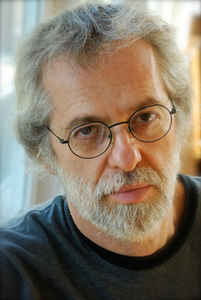 Samuel Zyman (b. 1956, Mexico City, Mexico), studied piano and conducting at the National Conservatory of Music and composition with Mexican composer Humberto Hernández Medrano. He received MM and DMA degrees in composition from The Juilliard School in New York City, studying with the American composers Stanley Wolfe, Roger Sessions, and David Diamond.

Zyman, a long-time New York-based Juilliard faculty member, is acknowledged as one of the leading Mexican composers on the international scene today. Cellists Yo-Yo Ma and Carlos Prieto performed Zyman's Suite for Two Cellos at two major sold-out concerts on June 11 and 12, 2007, in the beautiful Palace of Fine Arts in the heart of Mexico City. Zyman's suite was "a feast for the senses, in which the fifth movement was a musical edifice full of magic, fantasy, and sonorous mathematics," wrote Pablo Espinosa of La Jornada. "A composer of his own time, Zyman also incorporates in his work the legacy of other epochs, turning the dialogue between these instruments into a conversation between friends," said Xavier Quirarte of Milenio.

Mr. Zyman’s music is characterized by intense and vigorous rhythmic energy, expressive lyricism, and the frequent use of near-jazzy imitative counterpoint. As Allan Kozinn of The New York Times put it, "in [Zyman's piano piece] Two Motions in One Movement, Impressionism and jazz wind around each other like vines." In addition to its rhythmic vitality and expressive melodic inventiveness, Mr. Zyman's music is often marked by a lucid structural conception and an intriguing mixture of Jewish and Latin American overtones. Reviewing a recent performance of Mr. Zyman's piano trio Search, Punch Shaw of The Fort Worth Star-Telegram said, "It was compelling from start to finish and met the goals of its composer with vivid success."