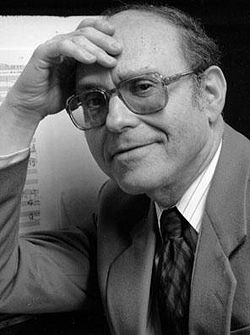 Adler attended Boston and Harvard Universities, and holds numerous honorary doctorates. His major composition teachers were Aaron Copland, Herbert Fromm, Paul Hindemith, Walter Piston, Randall Thompson, and he also studied conducting with Serge Koussevitzky. He taught composition at the University of North Texas from 1957 until 1977 and at the Eastman School of Music from 1966 until 1995. Since 1997, he has been a member of the composition faculty at the Juilliard School of Music in New York City.

Adler has been awarded many prizes, including a 1990 award from the American Academy of Arts and Letters, the Charles Ives Award, the Lillian Fairchild Award, the MTNA award for Composer of the Year (1988-1989), and a special citation by the American Federation of Music Clubs (2001). In May 2003, Adler was awarded the Aaron Copland Award by ASCAP for his achievements in Composition and Teaching. He is the author of The Study of Orchestration, a book that earned him the Deems Taylor Award in 1983.