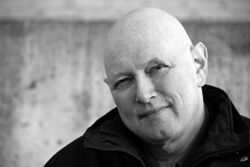 Hyldgaard was a self-taught musician. As a composer of meditational New Age music, he produced a string of albums with the Scandinavian label Fønix Musik. With more than 125,000 copies sold, Hyldgaard earned both Silver and Platinum Discs for his album “Flying Dreams”.

Hyldgaard received a prestigious artistic acknowledgement award from the San Diego Film Commission in Southern California for his achievements in film scoring. He also received several European film award nominations, including the Finnish National Film Academy's JUSSI Award as well as the Danish equivalent, the "Robert", for his film score for The One and Only (Den eneste Ene).