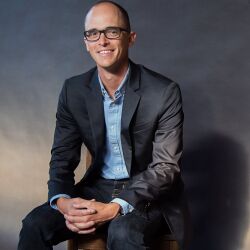 Russell has considerable experience teaching students of all ages. Currently [2021], he is an adjunct faculty member in the percussion department at Middle Tennessee State University, He is also the battery coordinator for The Cavaliers Drum & Bugle Corps, where he has taught since 2015. From 2013 to 2016, Russell was a percussion teacher at the Keller High School cluster in Texas, where he worked every day with students 6-12. He also has worked with the Boston Crusaders, Monarch Independent, and Cavaliers Indoor.

Russell also enjoys staying active as a clinician. In 2018, Russell and The Cavaliers Bass Line presented a clinic at PASIC entitled “Building a Great Subsection”. The presentation was geared towards teaching marching percussion and had over 700 people in attendance. In December of 2018 he had his first international teaching engagement in Tegucigalpa, Honduras, where he worked with students and directors from Honduras, Guatemala, Nicaragua, and El Salvador.

As a performer, Russell has credits in many different areas. During his studies at Indiana University and Texas Christian University, Russell performed in percussion ensembles (including PASIC appearances in 2011 and 2018), orchestras, wind bands, drumlines, jazz bands, steel bands, and world ensembles. In drum corps, Russell played bass drum with The Cavaliers from 2008-2012, serving as a section leader for three years and helping the 2011 percussion section capture the Fred Sanford Award for High Percussion. He has also freelanced in jazz combos, musicals, orchestras, big bands, and drumlines in Texas and Indiana.

Russell also enjoys arranging and composing music. Providing custom percussion arrangements for high school marching bands is one of Russell’s primary engagements, and he has worked with numerous clients all across the country. Russell has also written many original works for solo and chamber percussion.