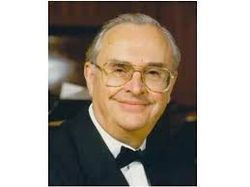 Newsome's father, a woolen mill worker, was an amateur pianist and drummer. At the age of six, Roy began taking piano lessons from him. At the age of ten, he began lessons on the cornet. He later adopted the alto horn as his instrument, and at the age of 17 he began organ lessons. One year later, he joined the British Army.

After leaving the army, he intended to be an organist but instead played cornet in the newly organized Elland Silver Band. His father had been asked to be its conductor, and Roy wanted to help out. His father soon left, and the position of conductor was offered to Roy. At the age of 21, with no formal music training save for a few lessons on piano, organ, and cornet, he began what has become a long and distinguished career as a brass band conductor.

At that time an A.R.C.M. diploma was qualification for public school teaching. Newsome first taught in primary school, teaching all subjects. He then became head of music in a small grammar school. Several years later, he was offered a lectureship at the Salford College of Technology [now University College Salford], where he pioneered a course in band musicianship. He retired from this full-time position in 1989 but continued to teach band scoring and history there and also at Huddersfield University.

Newsome has to his credit an extensive list of recordings with British brass bands, and this has helped to carry their fame around the world and has sparked the growth of the brass band movement abroad. He was also music director of the National Youth Brass Band of Great Britain, a position he held for 17 years. He appeared frequently as a guest conductor in Britain and abroad, and for eight years he was the host of the program "Listen to the Band" on BBC Radio 2.

As a composer and arranger, he published around 100 works, including works for brass band and concert band, and several pieces of chamber music. In 1976, he was awarded the Silver Medal of the Worshipful Company of Musicians for services to brass bands, and in 1989 he was the recipient of University College Salford’s Honorary Graduate Diploma in recognition of his outstanding contribution to band music throughout the world. In 1993, he succeeded the late Harry Mortimer as president of the British National Association of Brass Band Conductors.