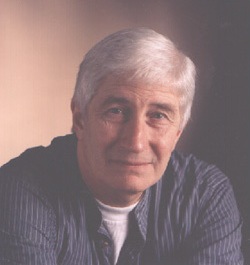 Ronde for Isolde was commissioned by the Scottish Amateur Music Association for the National Wind Band of Scotland. It was premiered on July 6, 1985 by the National Wind Band of Scotland, Lt. Col. Rodney Bashford conducting. Bedford (1988) wrote in the score “ The work consists of variations on the tune ‘Ronde’ by the 16th century composer Tielman Susato. During the central slow variation this is combined with a version of a sequence of chords which appears once, briefly, during the second act of Wagner’s Tristan und Isolde, hence the works title.” The first eighty-two measures contain the theme scored for different instrumental groups with the section concluding with the full ensemble. The first variation slows from quarter note equaling 100 bpm to quarter note equaling 76 bpm. The melody is harmonized with some bi-tonal dissonances and is broken into small segments among the ensemble. At measure 110 the temp quickens to the original and the meter alternates between 5/8 and 2/4. This brief section slows down to the tempo of the first variation leading to a variation which includes repeated pairs of eighth notes and the ‘Tristan’ chord, sounds which are quite similar to this composer’s Sun Paints Rainbows on the Vast Waves (1982). In measure 218 the tempo is the same as the original, with the melody in a syncopated rhythm. This section gradually crescendos to the coda, a return of the last section of the original theme.