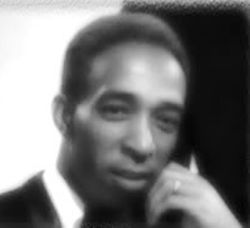 Ronald Anthony "Ronnie" White (5 April 1939, Detroit, Mich. – 26 August 1995, Detroit, Mich.) was an American musician, best known as the co-founder of The Miracles and its only consistent original member.

Born in Detroit, White began his friendship with fellow Miracles co-founder Smokey Robinson when they were kids. The pair started singing together when White was 12 and Robinson was 11. They were soon joined by a third boy, Pete Moore, and in 1955, the trio formed a quintet called The Five Chimes, with two other boys. After the inclusion of Bobby Rogers and his cousin Emerson "Sonny" Rogers, the group changed its name to the Matadors, and changed their name again to The Miracles after Claudette Rogers, of the sister group the Matadorettes, replaced "Sonny".

The quintet soon began working with Berry Gordy and soon found fame after signing with Gordy's Motown label under the Tamla subsidiary. During the group's early years, White and Robinson performed several songs as the duo Ron & Bill. White helped Robinson compose several hit singles including The Miracles' My Girl Has Gone and A Fork in the Road and is known as the co-writer and co-producer of The Temptations' signature song My Girl and also co-wrote the same group's Don't Look Back. He also co-wrote Mary Wells' You Beat Me to the Punch and Marvin Gaye's One More Heartache. White would later win awards as a songwriter from the BMI. He also helped to bring a then unknown Stevie Wonder to Motown after overhearing him playing with White's cousin; Wonder was signed immediately afterwards.