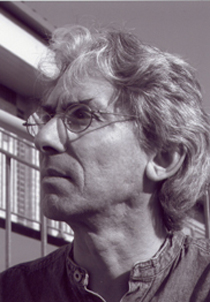 Roger Marsh (b. 1949, Bournemouth, England) is a British composer and educator.

Marsh first studied composition in London with Ian Kellam and later at the University of York with Bernard Rands. He spent two years at the University of California (San Diego) on a Harkness Fellowship and then lectured in Music at Keele University (England) until 1988, when he returned to York. During the fall of 1993, he was visiting composer at Harvard University.

On his return to the UK, he co-founded (with his wife, singer Anna Myatt) the contemporary music ensemble Black Hair, which became known for its unusual presentations of new music and music theatre. He retired from the University of York in 2019 but remains Emeritus Professor of Music.

Roger Marsh has written music for all genres: orchestra, small and large chamber groups, and many works for voices, often with a theatrical edge. He is also known for his abridgements and productions of all the novels of James Joyce for Naxos Audiobooks, including Joyce’s Ulysses – unabridged on 22 CDs, and most recently, Finnegans Wake (2021).