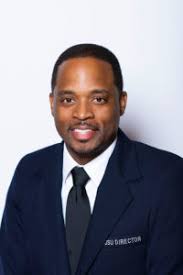 Roderick Little (b. 24 June 1985, Jackson, Miss.) is an American composer and educator.

Dr. Little grew up in a musical family. He received his bachelor's and master's in music education, and a doctorate in urban higher education administration, all from Jackson State University (JSU). During his matriculation at JSU, he participated in several ensembles including the famous “Sonic Boom of the South” where he played in the percussion section as a snare drummer, marched as part of the Jackson Five Drum major squad, and also served as a student arranger for the Sonic Boom and student conductor of the Symphonic Band. Dr. Little studied percussion under Dr. Owen Rockwell, who is his predecessor at JSU.

After completing his undergraduate studies, he returned to his high school alma mater, Lanier High School. During his tenure at Lanier, his bands received excellent and superior ratings at marching/concert festivals. He also had students that made the Mississippi All-State Lions Band.

In 2012, Dr. Little began as assistant band director and instructor of music at Jackson State University. He was promoted to associate director of bands in 2013 and later, marching band director in 2015. He also arranged a massive catalog of music for the Sonic Boom of the South. His other duties at Jackson State include co-conductor of the wind ensemble, conductor of the symphonic band, director of percussion ensemble and teaching in the percussion studio.