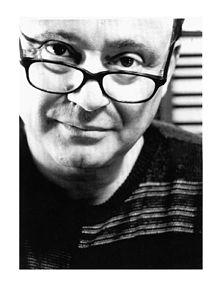 Di Pietro worked exclusively in musical composition for 20 years before earning degrees from SUNY Buffalo and Vermont College. He combined his musical and academic experience as an interdisciplinary professor teaching in prisons and at colleges in New York, Ohio, and California. He toured California prisons as an artist-in-residence. In 1988, Di Pietro finished his first book, A New Peasant Consciousness: Menocchio The Precursor. Presented to Vermont College as his thesis, he was granted a Master of Arts in music and social history. The book also included the musical works Etudes for Menocchio and Annales For Menocchio, and ultimately served as the basis for an interdisciplinary work combining opera, film, lecture, slides, and music.

Di Pietro taught the historiography of Annales in prisons throughout New York, Ohio, and California as a guest of the William James Association. From there, he expanded his research and teaching to courses in sociology, anthropology, abnormal psychology, critical theory, philosophy, musicology, and art theory. While teaching in prison, Di Pietro published highlights of five years of his conversations (1996–2000) with noted composer Pierre Boulez in the book Dialogues with Boulez. His main question for the maestro: where did the new music of the mid-20th century go? Teaching prisoners inspired the Prison Dirges cycle, works based on the firsthand accounts of prisoners in the penal system.

After years of prison work, Di Pietro divided his time between social work and teaching humanities at Columbus State Community College. In early 2009, Di Pietro was the SICA (Stanford Institute for The Creative Arts) Composer in Residence. While in residency, Di Pietro worked on several projects including Body Trap for the Wired Sound ensemble; a new section of his ongoing cycle, The Comedy of the Real for Ge Wang and the Stanford Laptop Orchestra; and work on his orchestral piece Finale which received its premiere at Stanford in May 2012. As a guest composer he led graduate composition seminars, provided private lessons, and consulted with composition students. Di Pietro was awarded a grant by the Ohio Arts Council in the 2012 Individual Excellence Awards program for his compositions Italian Rajas with Odalisques and Caravaggio-Chiaroscuro II.