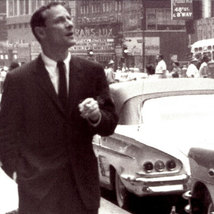 After graduating from high school in 1945, Mr. Allen passed up an engineering scholarship to Rensselaer Polytechnic Institute to become a musician. He played jazz piano in New York clubs, started writing music in 1952 and began working for television shows.

Mr. Allen wrote his biggest hits with the lyricist Al Stillman. They collaborated on Chances Are and It's Not for Me to Say, which were major hits for Johnny Mathis, and on a series of hits for the Four Lads in the mid-1950's, including Moments to Remember, Enchanted Island and There's Only One of You. They also wrote Home for the Holidays, which has been recorded by more than two dozen performers, including Andy Williams, the Glenn Miller Orchestra and Garth Brooks. He also wrote music for several films and wrote the football fight song for Auburn University, War Eagle.