Return to the White City 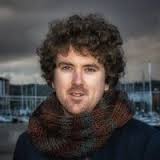 The piece takes its name from the famous White City Stadium, situated in the London district of the same name, which was built to accommodate marathon running distances during the United Kingdom’s first hosting of the Olympic Games in 1908. It is structurally based around key physical phases of endurance in long distance running.

Return to the White City was commissioned by the Central Band of the Royal Air Force in late 2011. The brief was to compose a short concert piece celebrating Great Britain’s hosting of the 2012 Olympic Games. Taking duration and the potentially programmatic nature of the piece into consideration, the free form offered by a concert overture seemed the ideal structure in which to work.

The piece catalogues four key stages that I have observed through the course of a long distance running race: the start line, separating the pack, the definition of leaders, and the push to the finish. The key difference between long distance and other track athletic events is one of size, both in terms of duration of the race and number of participants. A large pack of committed runners can create a kind of sensory bombardment in terms of sight and sound. In addition to scoring for a particularly large wind orchestra, this is represented through a musical language where contrasts in texture, timbre and rhythm outweigh any thematic development.