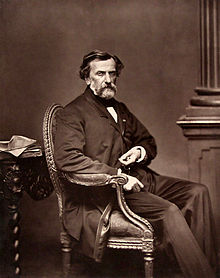 Of Thomas's works which have been transcribed or arranged for band, the overtures to Raymond and Mignon are the most popular. The plot of the opera Raymond is an adaptation of the story of The Man in the Iron Mask. It was produced in Paris on June 5, 1851, and was a dismal failure. Subtitled The Queen’s Secret, the overture has stood the test of time, and remains one of the most popular of 19th century French overtures. There have been more than 15 different band arrangements made of the Raymond Overture. These date from the mid-19th century to the more recent transcriptions of the mid-20th century. And what, you ask, was the Queen’s Secret? She smoked!

The opera Raymond, based on the legend of The Man in the Iron Mask and subtitled Le Secret de la reine – The Queen's Secret, was premiered at the Opéra Comique in Paris on June 5, 1851, Although moderately successful when first performed, it is seldom presented nowadays. According to David Green, "The Raymond of 1851 survives through an overture beloved of Sunday afternoon park bandmasters." Most listeners agree that whether in parks or in concert halls, the work is melodious and sparkling, with a slow movement which is the equal of many fine opera overtures.