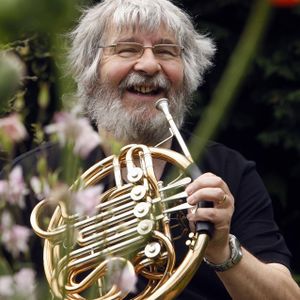 Ray Thompson (b. 12 June 1947, Gateshead, Tyne and Wear, England) is a British composer, arranger, and conductor.

As a child he learnt to play both the piano and French horn. He taught piano and brass instruments for many years in later life. Now retired, Thompson still works [2020] as a musician, arranger, composer and conductor living in Northumberland, United Kingdom. He has been the conductor of Alnwick Playhouse Concert Band since its inception in 1994, and also conducts the Alnwick Symphonic Wind Ensemble, as well as many amateur stage musicals. ​ Thompson is also a founding member of the Ray Thompson Big Band and a Northumberland wind quintet called "Quintessential." He arranges mainly classical music (along with some pop music) for wind and string ensembles of different sizes.