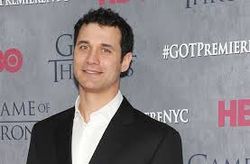 In 2004, Djawadi went out on his own with Blade: Trinity, collaborating with RZA for director David S. Goyer. This was the beginning of his relationship with Goyer for both film and television. In2005, he composed the Emmy-nominated main title themes and scores for Prison Break and the related show Breakout Kings.

In 2006, Djawadi scored the first Sony Animation project, Open Season, followed by the sequel Open Season 2 (2008). Djawadi's ethereal score for the film Mr. Brooks (2007) earned him a World Soundtrack Award for Discovery of the Year nomination. His other scores include Deception, Ask the Dust, and Iron Man. Djawadi's work in these computer-animated films attracted the filmmakers of the Belgium-based nWave, who created one of the first animated movies in 3D, Fly Me to the Moon.

In 2010, Djawadi completed Warner Brothers' Clash of the Titans. The same year, he also scored the soundtrack for the video game Medal of Honor.

In 2011, he was selected to score HBO's fantasy drama Game of Thrones. His continued work on Game of Thrones has garnered him several industry awards and recognition including a Primetime Emmy Award for Outstanding Music Composition for a Series in September 2018 for the score The Dragon and the Wolf.

According to Djawadi, he has the sensory condition known as synesthesia whereby he may "associate colors with music, or music with colors", and it allows him to visualize music.