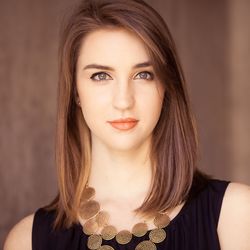 Rachel Elizabeth Matthews (b. 1993) is an American composer and violinist.

A classically trained violinist since 1999, Matthews performs regularly with Chamber Cartel, the Wesley Foundation Worship Team, and as the second violinist for Quartetto Bellicoso. She has also performed with the UGA Symphony Orchestra, the Emory Youth Symphony Orchestra, and The Diverse Trio at the University of Georgia.

Since 2013, more than 17 of her original compositions have been premiered nationally, including Atmosphere: for Percussion Duet (2015), The Pathless Woods: for Alto Saxophone, Violin, and Piano (2016), and Of Towers and Mountains: for Chamber Orchestra (2016). Her works have been premiered nationally, notably at the Hugh Hodgson School of Music at the University of Georgia, where she has participated in annual compositional performances as well as “Perception: A Concert of New Music,” a concert showcase dedicated exclusively to her work. In addition to commissioning works privately, Matthews has participated in the Charlotte New Music Festival and the Fresh Inc. Festival in Chicago.

She is an active member of the Society of Composers, the UGA Students Composers Association, and the Professional Entertainment and Sports Association at the Terry College of Business.