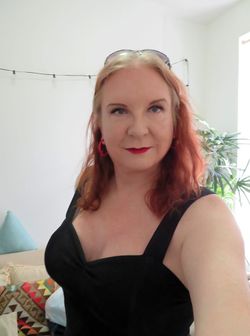 Coleman's works range from large-scale multimedia/improvisation pieces to works for orchestra, symphonic band, chamber ensembles, instrumental solo, and voice. Most recently she has been developing the technique of massive replication and time shifting through a series of electro-acoustic compositions that have been widely acclaimed in the US and Europe. A prize-winning composer, she has received numerous commissions and grants, including those from from local groups the Hong Kong Wind Kamerata, the Hong Kong Wind Philharmonia, the Hong Kong Composers' Guild, RTHK Radio 4, and the Hong Kong University Grants Committee.

A trans-media artist interested in the creative process, Rachael Coleman also works in painting, sculpture and computer graphics. She is a founding member of People’s Liberation Improv, Hong Kong’s leading comedy improv group, and has performed with them in Beijing, Seoul, Singapore, Manila, and Macau as well as Hong Kong. She has been awarded first place in the Percussive Arts Society Percussion Ensemble Composition Contest and the ASUC/SESAC Composition Contest. Her CD (under the name Christopher Coleman) Multiple Worlds from Ablaze Records is a recipient of Global Music Awards in the categories of album, composition/composer and computer/electronic music.

Dr. Coleman is currently Composition Concentration Coordinator of the Hong Kong Baptist University Department of Music. She has also taught at the University of Chicago, DePaul University, Columbia College, and in the Interlochen Center for the Arts summer program.