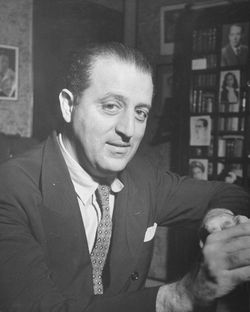 Quizomba is also known as “Dança de Chico Rei e da Rainha N’Ginga” (“Dance of King Chico and Queen N’Ginga”) and is the fifth movement of the Afro-Brazilian ballet “Maracatu de Chico-Rei” by the Brazilian composer Francisco Mignone. I discovered this great piece, as well as many other great Brazilian works and composers, while a Fulbright scholar in Brazil in 2013, and this movement stuck out to me as being one of the most upbeat and happiest works that I have ever heard. I was determined to find the score and obtain permission to create an arrangement of this movement for wind ensemble in order to make this work available to the bands outside of Brazil, particularly in the USA, which I’m sure will enjoy this work as much as I do. I have not been able to learn very much about the story of the ballet itself other than it is about an African king and his tribe who are brought to Brazil and enslaved. I haven’t even been able to figure out what the text means. What I do know is that this piece of music, despite being essentially composed of just two chords, is about as fun as a piece of music can get and I love it.