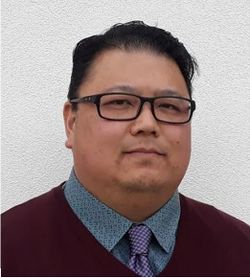 The work bears the designation Opus 15.

Quintet for Brass, op. 15 (2016-2019), is composed of four short movements which explore sonorities, styles, and effects distinct to brass instruments.

The first movement, Grinding, Twisting Steel, is characterized by fast, harsh textures evoking unrelenting and grating masses of the durable, sturdy alloy. The mood is at first oppressive and then brooding and menacing. The idea for the piece was conceived in late 2014 from banter between my fellow graduate students and my composition professor at seminar when we noted that there were not very many well-known compositions that begin with shrill sonorities unfolding at a breakneck pace, such as Bartók’s The Miraculous Mandarin Suite. Here is my tongue-in-cheek contribution to that discussion topic, composed a year and a half later.

I set aside plans for this quintet until 2018 when I wanted to explore Claude Vivier’s technique for ring modulation as featured in his orchestral work with soprano voice, Lonely Child (1980). Here, mathematical calculations based upon two frequencies that are at times combined or subtracted from one another yield additional sound frequencies requiring the performers to play microtones. A few months later, I completed a short second movement intermezzo to serve as a buffer between the eruptive first movement, and the dense third movement. This unexpected amalgam of an intermezzo combines the enigmatic scale collection (1–b2–3-#4-#5-#6–7) used in Verdi’s setting of the Ave Maria with a trombone harmonic glissando found in Bartók’s second movement of the Violin Concerto no. 2 (1937-1938).

The fourth movement is a postmodern romp that traverses various styles within its short 5:30-minute duration. Inspired by Renaissance-era brass writing, there is much localized contrapuntal imitation that connects each of the voices with one another. However, instead of remaining within the modal framework of that style, this polystylistic piece moves through some dissonant modernist territory contrasted with episodes evoking styles ranging from early 20th century Neoclassicism; German Oktoberfest brass music; spare, quasi-minimalist textures; a stuttered quotation of the opening motive to Tchaikovsky’s Piano Concerto no. 1 in B-flat minor, op. 23 (1875); a free version of early 20th century free atonality; and finally a self-quotation from the first movement of this quintet. All in all, this movement serves as a breezy essay needed to unwind from the relatively serious content of the three movements that precede it.

Movements 1 and 3 of the Quintet for Brass are the recipient of the 2018 Edwin Gershefski Composition Scholarship sponsored by the Epsilon Lambda chapter of Phi Mu Alpha Sinfonia at the University of Georgia.