Prayer of a Distant Island 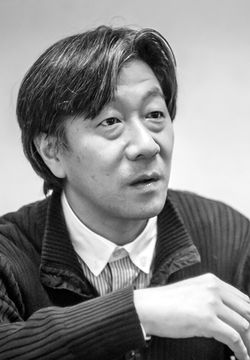 Prayer of a Distant Island was commissioned by the Seika Girls High School Band. Director Yoshihisa Fujishige requested that Mr. Suzuki use folk music from the Amami Island culture. Those eight islands, part of the greater Ryukyu Archipelago ranging from Kyushu (Seika’s home island) to Okinawa and Taiwan, are a UNESCO World Heritage Site due to their enduring verdant ecology, treasured history and vanishing indigenous culture. For millennia this delicate Eden has been a stepping stone between East and West, and thus has a history of rich influence as well as invasion and plunder. The “prayer” is actually an evocative plea for lost souls and culture, tempered by an appeal for a peaceful and secure future. The most solemn moments are marked by the mass ringing of small bells, indicated by “triangle” in the score. Many islanders have retained Christian traditions, a legacy of Western missionaries from generations past. Those missionaries brought with them the music of their respective homelands, which over the years influenced the folk music Shima-Uta, or “island songs.” “I was inspired by both Shima-Uta and Western ways of musical expression when writing this piece,” says the composer. “The heterophony of Shima-Uta, the impact of war on the islands, the prayerful singing of the Amami and their optimism are all motivations reflected in the score.”