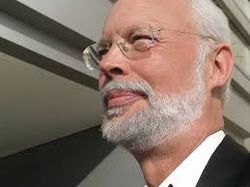 Ruders's early studies in piano and organ led eventually to studies in orchestration with the Danish composer Karl Aage Rasmussen. Ruders's first compositions date from the mid-1960s. He regards his own compositional development as a gradual one, with his true voice emerging with the chamber concerto, Four Compositions, of 1980. Writing about Ruders, the English critic Stephen Johnson states: "He can be gloriously, explosively extrovert one minute, withdrawn, haunted, intently inward-looking the next. Super-abundant high spirits alternate with pained, almost expressionistic lyricism; simplicity and directness with astringent irony."

Poul Ruders has created a large body of music ranging from opera and orchestral works through chamber, vocal and solo music. In recent years, performances of his work on both sides of the Atlantic and in such distant locals as China, Japan and Russia have taken place with increasing regularity. With the overwhelming success of his second opera, The Handmaid's Tale (1996-98), produced in Copenhagen (2000), Ruders became even more in demand, with commissions coming in rapid succession from The Berlin Philharmonic, The New York Philharmonic, The BBC Symphony Orchestra, and from The Royal Danish Opera. Recent performances include productions of The Handmaid's Tale in Toronto and London, and orchestral premieres and performances in Berlin, New York and London.

Poul Ruders's opera, Kafka's Trial, libretto by Paul Bentley, premiered in March 2005, in Copenhagen's new opera house. Commissioned by The Royal Danish Opera for the opening of the new opera house, the opera explores Kafka's unfinished masterpiece, as well as including dramatized events from the writer's life. Ruders's next opera was Selma Jezková based on the story from Lars von Trier's film Dancer in the Dark received its U.S. premiere at the Lincoln Center Festival, New York.