Poem for Flute and Band 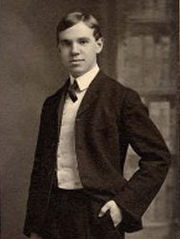 Charles Tomlinson Griffes composed Poem for Flute and Orchestra for Georges Barrère, the celebrated flutist for whom Edgard Varèse later wrote his famous Density 21.5. It was completed and first performed in 1919, shortly before Griffes collapsed from exhaustion due to influenza.

The piece opens with a melody sounding in the low strings before passing to the solo flute. A second theme, announced by the flute, adds a sense of oriental mystery, something found often in Griffes' music. These themes are transformed in several lively dance-like episodes, but the languorous mood of the opening returns and the work concludes in tranquil reverie.

- Program Note from Seattle Symphony CD Through the Looking Glass