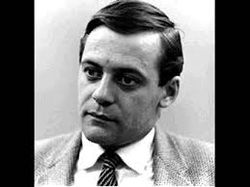 Mercure began his composing career in the world of ballet, composing four ballets in a short period in 1948 and 1950, and going on to compose orchestral, chamber and electronic music as well. He sought to help the Canadian new music community progress to the level of their counterparts in European and American classical music, taking many trips to France to immerse himself in new music there. He died in an accident near Avallon, France, aged 39.