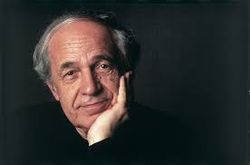 
Boulez was a trailblazing avant-garde composer who made great contributions to serialism, controlled chance, and electronic music. When conducting, he was known for rhythmic precision and ability discern faulty pitch in even the most complex works. He was particularly noted for his interpretations of such composer as Debussy, Mahler, and Stravinsky.