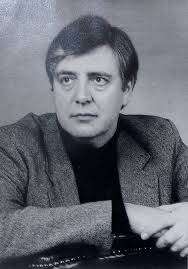 Philip Lane (b. 1950, Cheltenham, England) is an English composer and musicologist. He is noted for his light music compositions and arrangements, as well as his work reconstructing lost film scores.

Lane attended Pate's Grammar School and later read music at Birmingham University, where his tutors included Peter Dickinson and John Joubert. Whilst at University he developed a considerable interest in Lord Berners, about whom he wrote a thesis and ultimately became a trustee of the Berners Estate, overseeing the completion of all Berners' music on to CD. He taught music at Cheltenham Ladies' College from 1975 to 1998. During this time, he was a freelance composer for London publishers. He left Cheltenham Ladies' College in 1998 to concentrate on composing and his film restorations.

Lane began composing at an early age, and by the time he was at Birmingham was already having compositions played by the BBC Midland Light Orchestra. Virtually all of his orchestral works have been commercially recorded and are currently available worldwide. These are often written in the style of British Light Music, being largely tonal and featuring lush orchestrations. For example, his London Salute was written to celebrate the sixtieth anniversary of the BBC, and has been adopted as the unofficial theme of the BBC Concert Orchestra. In December 2009 he was commissioned by the Boston Pops Orchestra to write their annual Holiday Pops work, The Christmas Story, which received 38 performances.

Lane's compositions for television have included BBC drama including The Merchant of Venice and Sir Thomas More and the children's animated series Captain Pugwash. He has since composed the music for three other TV animation series - Tom, Marco and Gina and Wicked!. In 2005, he composed a ballet, Hansel and Gretel, for the National Youth Ballet.