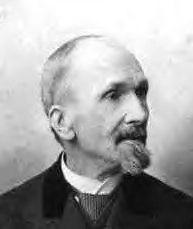 This work bears the designation Opus 90.

The Petite Suite Gauloise for Wind Nonet by Théodore Gouvy (1819-1898) was composed in 1888 but was not published until after his death when the manuscript was found among his papers. Given that it was composed only three years after Gounod's Petite Symphonie for the same combination of instruments -- Gounod's Wind Nonet had been commissioned by Paul Taffanel, the founder of the famous wind ensemble, Societé à des Instruments à Vent -- one is left to wonder whether Taffenel has also approached Gouvy asking for a similiar work.

The Suite Gauloise consists of four short movements and movement titles reminiscent of the baroque suites. The suite begins with a slow, somber Introduction of followed by a more a rather determined sounding, dignified Menuet. The second movement, Aubade, is a soft, stately processional. The Ronde de nuit which follows with a horn signal call after which the dance of the night begins. At first a little spooky, it lightens to become a more sprightly affair. The finale, Tambourin, is upbeat, bright and playful.