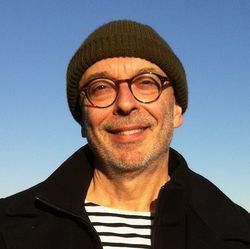 Peter Child (b. 6 May 1953, Great Yarmouth, England) is an American composer and educator.

Dr. Child joined Reed College in 1973 through an exchange scholarship from Keele University in England and received his B.A. in music from Reed in 1975. After studying Karnatic music in Madras (modern Chennai) for a year through a Thomas J. Watson Fellowship (1975-76), he entered the graduate program at Brandeis University and earned his Ph.D. in musical composition in 1981. He first took composition lessons at age 12 with Bernard Barrell in England; his later teachers include William Albright, Arthur Berger, Martin Boykan, Jacob Druckman, and Seymour Shifrin.

Child is the Class of 1949 Professor of Music and a Margaret MacVicar Faculty Fellow at MIT, where he has twice chaired the department of Music and Theater Arts.

Child composes music for orchestra, chorus, computer synthesis, voice, and chamber groups. His compositional style has been compared to Charles Ives, Benjamin Britten, and Gustav Mahler. Among his works are Embers (1984), a one-act chamber opera based on the play by Samuel Beckett, and Clare Cycle (1984), four settings from the poetry of John Clare.[8]

Child was awarded a 2015 Artists Fellowship from the Massachusetts Cultural Commission. He was American Symphony Orchestra League-Meet the Composer "Music Alive" composer in residence with the Albany Symphony Orchestra in 2005-08 and composer in residence with the New England Philharmonic 2005-11. His compositions won the 2001 Music of Changes award, which culminated in a commission and a concert in Los Angeles devoted to his music. He was a recipient of a 2000 commission from the Harvard Musical Association and a 1998 commission from the Fromm Foundation at Harvard University. In 1994 the Council for the Arts at MIT awarded Peter Child the Gyorgy Kepes Fellowship Prize. He has been honored by two earlier Artist Fellowships from the Massachusetts Cultural Council in 1986 and 1989, as well as fellowships to the MacDowell and Yaddo Artist Colonies and the Composers' Conference at Wellesley College. The Massachusetts Council on the Arts and Humanities awarded him four 'New Works' commissions in conjunction with the Boston Musica Viva, the New England Conservatory Contemporary Ensemble, the MIT Experimental Music Studio, and the Cantata Singers. His compositions have also been awarded prizes from Tanglewood (Margaret Grant Memorial Prize, 1978), East and West Artists (First Prize, 1979), WGBH Radio (Recording Prize, 1980), New England Conservatory ('New Works' Prize, 1983), and League-ISCM, Boston (New England Composers Prize, 1983). In addition to his compositional work, Child has published papers concerning music by Shostakovich and Bartok in Music Analysis and College Music Symposium. He won the 2004 Levitan Award in the Humanities at MIT to support his work in musical analysis, and the Levitan Award for Excellence in Teaching in 2010.