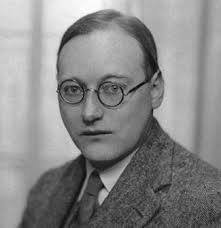 Percy Whitlock studied at London's Royal College of Music with Charles Villiers Stanford and Ralph Vaughan Williams. From 1921-1930, Whitlock was assistant organist at Rochester Cathedral in Kent. He served as director of music at St Stephen's Church, Bournemouth for the next five years, combining this from 1932 with the role of that town's borough organist, in which capacity he regularly played at the local Pavilion Theatre. After 1935 he worked for the Pavilion Theatre full-time. A tireless railway enthusiast, he wrote at length and with skill about his interest. Sometimes, for both prose and music, he used the pseudonym "Kenneth Lark." He worked closely with the Bournemouth Municipal Orchestra.