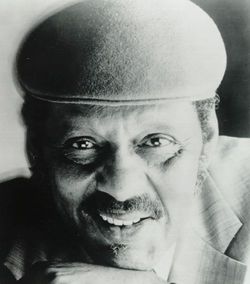 As a youth, Mayfield had a talent for poetry, which led him to songwriting and singing. He began his performing career in Texas and then moved to Los Angeles in 1942, but without success as a singer until 1947, when a small record label, Swing Time Records, signed him to record his song Two Years of Torture.

Mayfield's vocal style was influenced by such stylists as Charles Brown, but unlike many West Coast bluesmen, Mayfield did not focus on the white market. He sang blues ballads, mostly songs he wrote himself, in a gentle vocal style. His most famous song, Please Send Me Someone to Love, a number one R&B hit single in late 1950, was widely influential and recorded by many other singers. His career flourished as a string of six Top 10 R&B hits followed, like Lost Love and The Big Question, confirming his status as a leading blues ballad singer and "a true master at expressing his innermost feelings, laced with vulnerability and pathos".

In 1961, Mayfield's song Hit the Road Jack brought him to the attention of Ray Charles, who signed him to his Tangerine Records, primarily as a songwriter. Charles recorded at least 15 of his songs. He also had a series of single releases as a vocalist on Tangerine, produced by Charles.

Following his RCA recordings in the early 1970s, Mayfield signed briefly with Atlantic Records. After a period of obscurity, there was a final chapter of his career. In the early 1980s, the Bay Area keyboardist Mark Naftalin discovered that Mayfield was living in the East Bay area and was able to provide him with a band for live performances in several Marin County and East Bay clubs. The exposure led to a 1982 studio date for the Dutch company Timeless Records with the Phillip Walker Blues Band, recording the album Hit the Road Again.