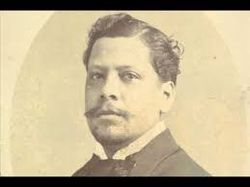 His parents were very humble people and Morales Pino had to sell candy from a very young age, a circumstance that linked him directly with street musicians and troubadours. This proximity aroused his interest in music. His mother gave him a Colombian tiple and a course taught by the teacher José Hoyos. At age 13, he traveled with his family to Ibague where he began his career as a draftsman. As he also excelled in this field, he got a scholarship to study in Bogotá at the Drawing Academy of Alberto Urdaneta.

In 1881 he participated in the National Painting Exhibition of Bogotá in which he presented portraits of renowned personalities of the time. His preference for music, however, led him to perfect himself by entering the National Academy of Music in 1882 with maestro Julio Quevedo. In 1884, he organized a musical duet together with Vicente Pizarro. In 1897 he created the Colombian Lira , a group of 16 musicians of which he was the first bandola and director. This group poularized many of the typical songs of Colombia became known internationally. The Lira Colombiana had the privilege of being the second group of artists from Colombia to tour the world.

In 1890, Pedro Morales Pino began to write compositions based on Colombian folk music and oral tradition using the techniques of academic musical composition. He was commissioned to create the Lira Antioqueña group. A year before his death, he won the National Music Contest.

His health and his economic situation were weakened by 1926, when he was hospitalized by two friends. He died March 4, 1926

Morales Piois not only a composer influenced by Colombian folklore, but his work as a musician ppularied Colombian musical genres such as bambuco, corridors and dance, as well as incorporating European music into the typical ensembles. Also, he perfected some instruments like the Colombian bandola to which he added five more strings, creating the 16-string variant of the instrument. He participated in the creation of various trios and estudiantinas, for which he is credited as a trainer of the next generation of Colombian musicians. In his role as a music teacher, he also stood out for presenting exhibitions, before each rehearsal, about the structure and history of the music, the instruments used and the origins of each one. In addition to his credit he has more than 100 compositions, mainly instrumental.