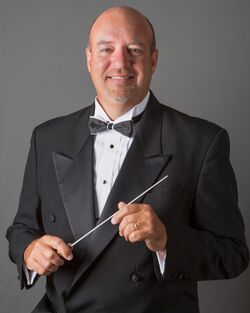 Paul Murtha (b. 1960, Johnstown, Pa.) is an American composer and arranger.

In 1983, SGM Murtha earned a B.S. degree in Music Education (with a minor in Jazz Studies) from Duquesne University in Pittsburgh, Pa. While at Duquesne, Paul studied jazz arranging with John Wilson and orchestration with Joseph Willcox Jenkins.

A versatile composer-arranger, SGM Murtha is at ease in both professional and educational circles and is in constant demand in and around Washington, D.C. Paul has written music for acclaimed mezzo-soprano Denyce Graves, Patti LaBelle, and Ken Burns' Music of the Civil War. He has also written extensively for some of the top high school marching bands in the country, including The Norwin High School Band in North Huntingdon, Pa.