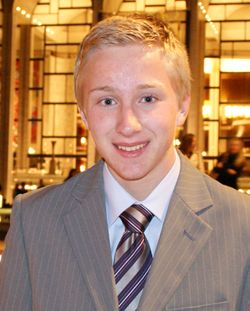 Regular involvement with the opera as a singer in his youth resulted in Hahn composing an original opera at the age of twelve. It was premiered with the composer conducting in 2008, at age 13. Since then he has won numerous composition prizes in Austria and abroad.

Since 2012 he has studied conducting at the University of Graz. He is also active in North America where he conducts concerts and premieres. He has been awarded several prizes as a jazz pianist at several festivals. His artistic activities also include commissions from various institutions and festivals.