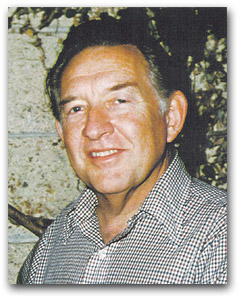 The word "partita" is from the Baroque period, and is described as a multi-movement work for chamber ensemble.

A single theme [is] heard at the opening, then developed in a through-composed continuous variation form using a fast-slow-fast structure.

After its premiere the piece was lost and not performed for over a decade until conductors Jack Stamp and Gary Speck inquired and sought the lost manuscript. Parts were prepared and the piece was "re-premiered" in April of 1999by the Indiana University of Pennsylvania Wind Ensemble, conducted by Jack Stamp.