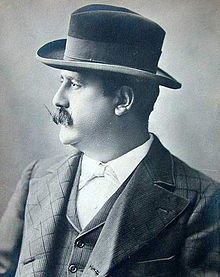 The intermezzo from Pagliacci occurs between the two acts of the opera, and serves as an introduction to the second act. The second half of the intermezzo contains beautiful flowing lines, in the tradition of the Italian verismo opera.

Pagliacci (clowns) is an Italian opera in a prologue and two acts, with music and libretto by Ruggero Leoncavallo. It is the only Leoncavallo opera that is still widely staged. Pagliacci premiered at the Teatro Dal Verme in Milan on 21 May 1892, conducted by Arturo Toscanini. The Metropolitan Opera's staging on 22 December of that year was the first time that it appeared along with Pietro Mascagni's Cavalleria rusticana.

Pagliacci received mixed critical reviews upon its world premiere, but was instantly successful with the public and has remained so ever since.

Although later accused of plagerism, Leoncavallo claimed that he based the story of Pagliacci on an incident from his childhood: a murder in 1865, the victim of which was a Leoncavallo family servant, Gaetano Scavello. The murderer was Gaetano D'Alessandro, with his brother Luigi an accomplice to the crime. The incident resulted from a series of perceived romantic entanglements involving Scavello, Luigi D'Alessandro, and a village girl with whom both men were infatuated. Leoncavallo's father, a judge, was the presiding magistrate over the criminal investigation.