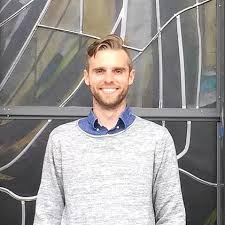 The Ozarks are a plateau region located in the southern half of Missouri and north-central Arkansas. From the towering cliffs hugging the countless rivers to the twangy sounds of banjos and fiddles, the area is rich in culture and scenic beauty. I grew up very near this area and have vacationed there more times than I can count. The idea for this particular suite started when I discovered musicologist Max Hunter’s amazing online collection of over 1,600 Ozark Mountain folk songs. Hunter’s recordings, along with Vance Randolph’s immense anthology of Ozark music, not only gave me a window into this region’s rich musical traditions, but also served as the source material for the melodies used in this suite.

The first movement, Arkansas Traveler, is a set of wild variations on the popular fiddle tune of the same name. The second movement, A Moment Riverside, starts with an original fugue subject which gives way to a folk tune treated initially as transition material. Over the course of the movement, the entrances of the fugue subject and folk tune merge until they are played simultaneously. The third movement, Barbra Allen, is a simple treatment of a beautiful Scottish tune that found its way into Ozark folk music via the Appalachian Trail. The fourth movement, Hoecakes, Hominy, an’ a Possum Head, is a quirky romp in the minor mode. (Also, I think the title is just as good as, if not better than, the tune itself.)

The last movement, Crawdad Hole, warrants some explaining. It is my depiction of the gaudy Ozark city of Branson, Missouri. Complete with shows such as the Baldknobber’s Jamboree, Soviet comedian Yakov Smirnoff, Kirby the Magician, and the Three Redneck Tenors, Branson is a one-of-a-kind tourist trap dropped into the heart of the beautiful, scenic Ozark Mountains. Imagine, if you will, a country band playing at one of these shows. The banjo player is picking away and everything is rolling along until the bass player gets lost. The music soon falls apart and the show comes crashing to a halt. The players try to recover and get things back on track. Cycling through many tunes before settling back on the right one, they successfully finish the show with a good ol’ country ending.

Special thanks to Scott Hanna and Donald Grantham for their guidance in conceiving and writing this work.