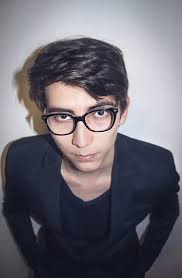 Orion III for wind ensemble was commissioned by the Colombian composer-conductor and friend, Mateo Sepulveda Rios in 2015. The piece was premiered by the Pereira Wind Band at the opening concert of the Festival of Contemporary Music in Pereira. As a composer, I was inspired by the book 2001: A Space Odyssey, but specifically by the name of one of the spacecrafts of the story. In other words, this work is a reaction of an imaginary object of an unreal story. Although this work was not conceived as a programmatic piece, the following excerpts can lead to a general understanding of the piece:

“..Floyd felt himself well charged with oxygen, and ready to tackle anything, when the launching track began to sling its thousand-ton payload out over the Atlantic…”

“…but when the roar of the rockets suddenly doubled its fury, and Floyd found himself sinking deeper and deeper into the cushions of his seat, he knew that the first-stage engines had taken over.”

“…indeed, the pressure of acceleration and the overwhelming thunder of the motors produced an extraordinary euphoria. His ears ringing, the blood pounding in his veins, Floyd felt more alive than he had for years. He was young again, he wanted to sing aloud -- which was certainly safe, for no one could possibly hear him.”

“The mood passed swiftly, as he suddenly realized that he was leaving Earth, and everything he had ever loved. Down there were his three children, motherless since his wife had taken that fatal flight to Europe ten years ago”

“…suddenly Floyd recalled a quotation of Leonardo da Vinci's which he had once seen displayed in a NASA office: The Great Bird will take its flight on the back of the great bird, bringing glory to the nest where it was born. Well, the Great Bird was flying now, beyond all the dreams of da Vinci, and its exhausted companion was winging back to earth. In a ten-thousand- mile arc, the empty lower stage would glide down into the atmosphere, trading speed for distance as it homed on Kennedy. In a few hours, serviced and refueled, it would be ready again to lift another companion toward the shining silence with it could never reach…”