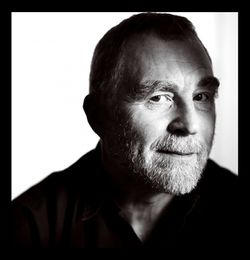 Thommessen is the son of the diplomat Knut Thommessen. He trained in the United States, earning degrees from Westminster Choir College and Indiana University.

The early '80s saw Thommessen gradually employing quotes and well-known phrases as basis for some of his works. The initial works that would later constitute his full-length concert opera A Glass Bead Game were composed during this period. As composer in residence at the 1982 Bergen International Festival, Thommessen’s piano work EingeBACHt saw its premiere at the festival as did a performance of the final version of his opera The Hermaphodite – a work that was premiered earlier the same year by the Royal Swedish Opera in Stockholm. The same year also saw Thommessen composing the stage music for a version of Romeo and Juliet performed at the unveiling of the Norwegian Theatre’s new Oslo building, while The Emerald Tablet saw its premiere at the Høvikodden/Henie Onstad Kunstsenter and Gnostic Fragments as well as The Phantom of Light were commissioned by the Swedish National Concert Institute.

During the latter half of the 1980s, Thommessen composed a number of major works: the trumpet concerto The Second Creation, the opera The Duchess Dies, the viola concerto Near the Comet Head, the synthesizer concerto From Above as well as the organ and cello concerto Through a Prism. Thommessen won a number of awards with these works: The Norwegian Critics’ Award (1987), the Wilhelm Hansens Family Endowment (1987), the Lindeman Prize (1989). Through a Prism earned Thommessen a 1989 Norwegian Society of Composers Work of the Year Award, a second prize at the 1990 International Rostrum of Composers as well as the 1990 Nordic Council Music Prize.

2005 saw the premiere of Thommessen’s concert opera A Glass Bead Game in the entirety. The work is made up of six individual orchestral works which when united constitutes a full-length concert opera: Prologue, Macrofantasy On Grieg's, 'Piano Concerto in a Minor', Op. 16, Beyond Neon, Choral Symphony over Beethoven’s Eighth Symphony, Through a Prism and Aposteose.

He is a former professor of composition at the Norwegian Academy of Music, where he was employed in 1972. He is now retired.