Of Kingdoms and Glory 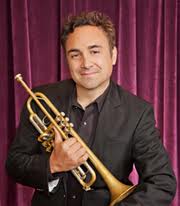 1. Fanfare and Victory Processional to Camelot
2. Courtyard Dance and Merlin's Magic
3. Guinevere and the Dragons Lair
4. The Contest and the Victory of the Black Knight
5. The Rescue and the Battle of the Red Dragon

Returning from battle, Arthur and Sir Lancelot raced home to Camelot to celebrate their triumphant victory. Festivities commenced, and the illustrious Merlin took center stage, bewildering the audience with his mystic powers.

As the celebration continued, a surreal darkness swept over Camelot like an eclipse. From a tower in the distance a shrill scream rang out, and a barbarous roar was heard that echoed throughout Camelot, shaking the very foundation of the kingdom.

It was “The Demon of Morn,” a giant fire-breathing dragon created by the evil witch Morn, Merlin’s arch nemesis. The dragon snatched Queen Guinevere and flew her to his lair. Arthur gathered his knights together to prepare a rescue, but with much fear spreading among them, he knew only one prepared to meet his end would be able to save Guinevere. A fanfare sounded from the highest tower in Camelot announcing a contest inviting any man in the kingdom to compete for a seat at the Round Table.

The contestant exhibited an incredible display of sword fighting, archery, and other sport. The victor was known only as the Black Knight. Wearing a magical armored suit enhanced by Merlin’s magic to protect him from the flames of the dragon, the knight led a small army into the lair of the dragon.

Luring the dragon into position, the Black Knight hurled himself on top of the beast. The dragon leapt into the sky, hoping to shake the knight free. In one great thrust the Black Knight impaled the Red Dragon, sending them both plummeting to the ground and their deaths.

Arthur’s knights looked on as the Black Knight drew his last breath. Guinevere soon emerged from the lair alive and well, and returned safely to Arthur.