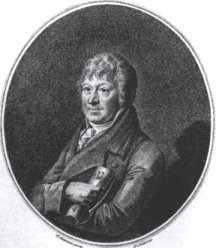 This work may also be found under the titles Harmonie in F major, Partita-Octet, op. 57, and Partita in F major, Opus 57.

Franz Krommer (1759-1831) was a Czech composer during the turn of the 19th century. For the majority of his career Krommer lived in Vienna, first holding the position of music director at the Court Ballet, then working for Emperor Franz I and lastly being appointed director of chamber music and court composer. While serving in this position, Krommer became very prolific in chamber works.

After the first collection was published, Krommer's octets became highly sought after within the Viennese court music community. Krommer's unique style combined the simplicity and formal structure of the gallant tradition with hints of Romantic elements. Krommer used his "idiomatic writing" to smoothly intersperse each instrumental voice. Krommer's style is characterized by "repeated passages with great inventiveness, staccato arpeggios figures, scoring in extreme registers, and difficult passages requiring virtuoso performance". Krommer's innovations, use of tone colors, and creation of musical effects all served as stepping stones in order to bridge the gap between Classical tradition and new Romantic ideas.