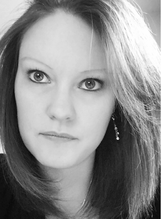 There’s a strange and beautiful juxtaposition of the ancient and the modern all throughout the world, but especially in northern England and Scotland. Imagine walking through the woods quietly on a cloudy morning, and while you can hear the sound of a car passing in the distance you may trip momentarily over an old stone wall. You stoop to inspect it. The stones are uneven and seem haphazardly placed to your modern-expecting eyes. But the ancientness of the stones put an image in your mind of a time before there were paved roads, before there were planes, before there were towns and globes and zippers.

Those times are rare and beautiful. Northern Lullaby was written in honor of when such a time happened to me.