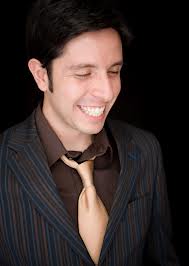 Noah Luna is an American composer.

Luna attributes much of his success to his background in jazz and popular music performance and his Bachelor's Degree from Cal State East Bay, further strengthened by his training at the San Francisco Conservatory of Music under the tutelage of the late Maestro Conrad Susa.

"The very model of a modern, cool composer,” Luna continues to expand upon a diverse repertoire of original compositions and arrangements for classical ensembles, hip-hop artists, and pop musicians. Though known primarily for his contributions to chamber and choral genres, recently Luna’s work as taken a turn toward orchestral composition: whether it be his “lush and layered tone poem” written for the Berkeley Symphony’s Under Construction program, his orchestral interludes in American and Bollywood films, or his orchestrations for Ethan Bortnick’s most recent PBS special, his compositional voice is unmistakable.